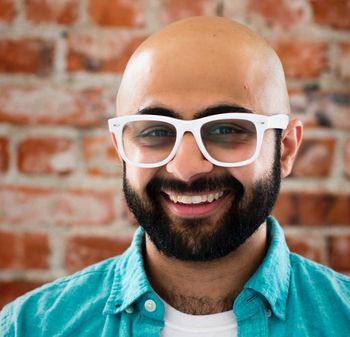 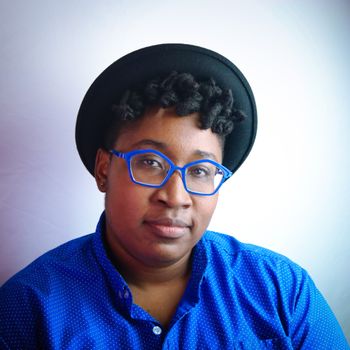 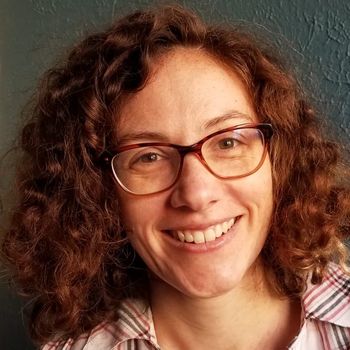 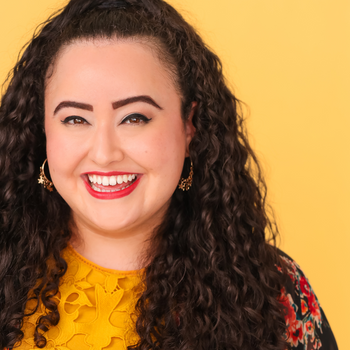 Adrian Jazz Applin (Artist in Residence) is a Bay Area based singer/songwriter and multi-instrumentalist who plays the piano, guitar, and ukulele. Adrian’s musical style is broad and eclectic and while the genres may shift, all of his songs are connected by the common thread of his powerful, versatile vocals. Music has always been a part of Adrian’s life; from a young age he began performing R&B and Motown tunes with his father and his band, which had a profound influence on his musical development. Adrian is also a member of Voices Lesbian A Capella For Justice, the oldest continuously running lesbian choral group in the country. In addition to his musical interests, Adrian writes about the intersections of race, gender, and pop culture. His work was most recently published in Bitch magazine.

Anand Jay Kalra (Artistic & Managing Director) is the founding director of Uncaged Librarian Arts & Information. Anand has worked in K-12 public schools, early childhood education, academic libraries, LGBT advocacy, and public health policy. Along this winding road, he has honed his knack for asking useful questions. Anand earned a master's degree in Library and Information Science from the University of Michigan in 2010. He was a 2017-2018 AIRSpace Fellow with SafeHouse Arts in San Francisco, and currently splits his time between the artistic direction for Uncaged Librarian and consulting & coaching work in finance, operations, and information services for social justice organizations. Anand is proud to be a transgender man and an uncle to the greatest toddler in the world.

Erica Dunkle (Treasurer) is a classical singer by training with a focus on both early and contemporary music, who enjoys being involved in new and innovative musical works. She has performed in a variety of inventive musical endeavors, including collaborations with the Paperhand Puppet Intervention in North Carolina, Ensamble Barroco de Arequipa Peru, and the visual artist Pedro Lasch as part of his Abstract Nationalism series in both D.C. and Venice, Italy. Erica is a Bay Area native and currently sings with the International Orange Chorale of San Francisco, a chamber choir devoted to the performance of 20th and 21st century music. Erica earned her master’s of social work in 2010 and currently works in systems and finance at a research organization, RTI International, where she helps to manage government and foundation grants. She is excited to be a behind-the-scenes support for the creative team of Octavia of Earth, and gives a heartfelt thanks to Anand and the cast and crew for including her in this endeavor.

Jennifer Ledesma (Executive Assistant) is a Mexican-American actor, singer, dancer, and musician currently based in Chicago. A Southern California native, she moved to Chitown to pursue her Bachelor of Arts in Musical Theatre at Columbia College Chicago, and has performed with theaters like Drury Lane Theatre, Porchlight Music Theatre, TheatreSquared, and New York City Children's Theatre. Outside of theatre, Jennifer has worked with organizations like GSA Network, Orange County Human Relations, and The Joy-Jackson Initiative, which all seek to improve the livelihoods of marginalized communities such as immigrants/refugees, those who identify as LGBTQIA+, and BIPOC folks. When she's not performing, she works as an Executive Assistant at Satiated Artists, an agency that connects artists with flexible day jobs, which is how she was connected to the lovely team at UL Arts. 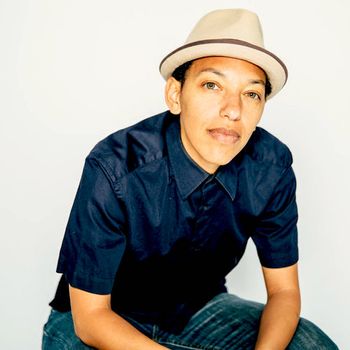 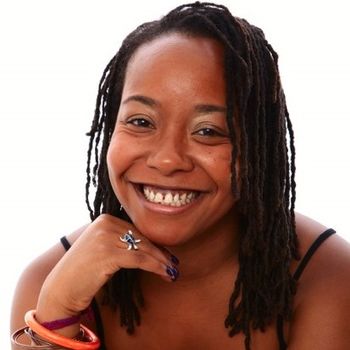 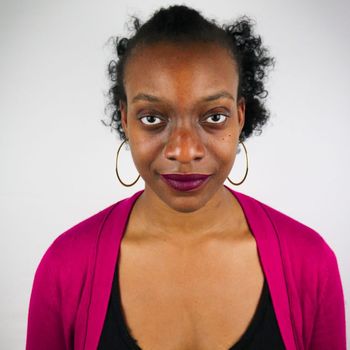 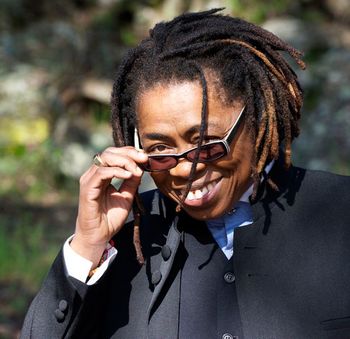 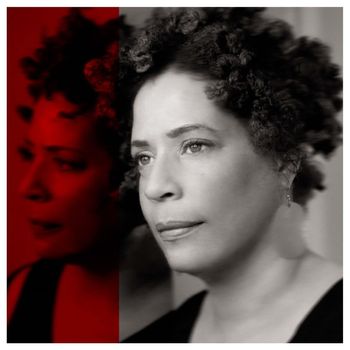 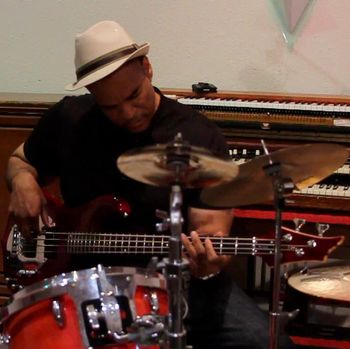 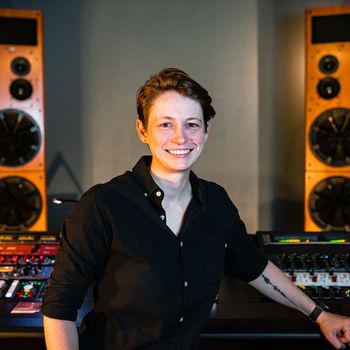 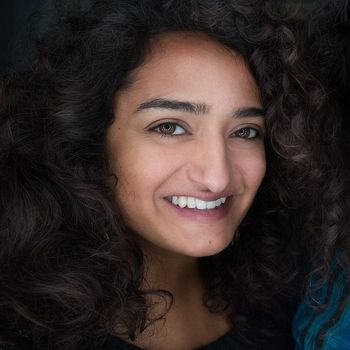 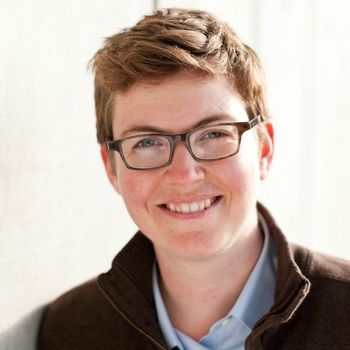 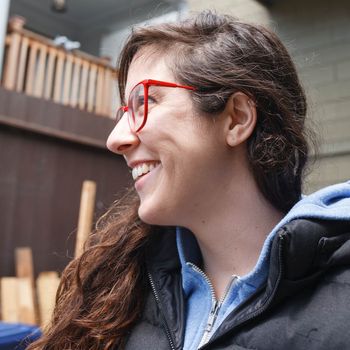 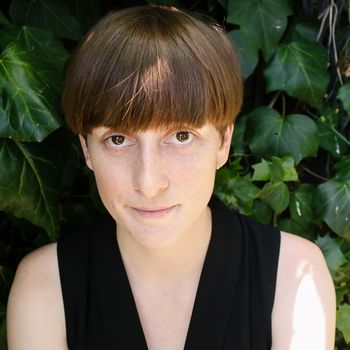 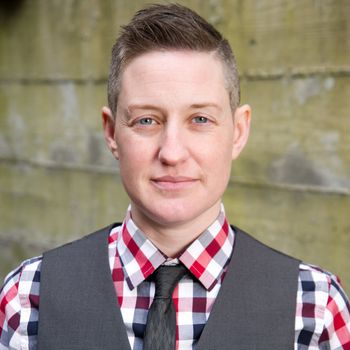 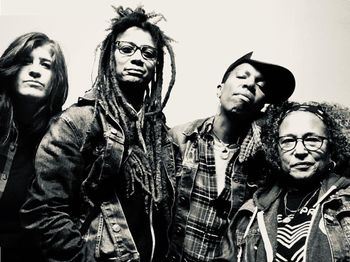 Joslynn Mathis Reed (Choreographer) hails from Detroit Michigan. Her lifelong passion for dance has taken her on a journey that includes performing with Aretha Franklin as a teenager, studying West African dance in Ghana as an undergraduate, and continuing to teach dance to a wide range of students over the past 15 years. Joslynn’s unique style of movement and choreography is driven by a high-energy fusion of hip-hop, modern and ballet forms, resulting in her own unique style. Joslynn holds a B.A. in Dance/Theater Arts from California State University, East Bay and an MFA in Dance Performance and Choreography from Mills College in Oakland, CA where she currently lives and works. Joslynn has trained in Dunham, Ailey and Graham Techniques.

Itoro Udofia (Composer - "Hypnosis", "Emergence", and "Xenophonia") is a fiction writer, cultural worker, and singer/songwriter based in the San Francisco Bay Area. She fuses her love of social change work into her writing and music, which speaks to navigating the grey areas between home and migration, love and fear, and ultimately, the process of reclaiming a sense of hope. You can find her published work in Slice, aaduna magazine, Saraba, The Book Smugglers, Merdians: feminism, race, transnationalism, and the anthology Two Countries: US Daughters and Sons of Immigrant Parents from Red Hen Press.

T. Carlis Roberts (Composer - "Devil Girl from Mars" and "Patterns") is an artist and scholar who engages sound as a tool for human transformation and liberation. T’s music ranges from original songs, incidental and underscore instrumentals, musical theater, and a full-length opera. T has worked with theater companies across the country, including Steppenwolf Theatre Company, About Face Theatre, American Theater Company, and California Shakespeare Theater. He led The Singing Bois, a genderqueer pop group redefining the boy band as a space for anti-racist and feminist action, from 2014 - 2019. T is currently Associate Professor of Music at University of California, Berkeley, where they teach courses on popular music and politics.

Multi-Platinum music producer James "Jae-E" Earley (engineer & producer, "All You'll Do", "Devil Girl from Mars", "Live Forever", "Patterns", "End of the World", "Anywhere")  has over 50 million records sold to his credit as a multi-instrumentalist producer/songwriter. He has produced artists such as MC Hammer, vocal group En Vogue, David Bowie, & rapper E-40 and others. He has worked for every major label in the industry, and been personally selected for projects for industry moguls Jimmy Iovine, Sylvester Stallone and many more. Mr. Earley was happy to come on board for the delightful OCTAVIA of EARTH ALBUM Project, which he believes will be enjoyed by everyone!

Piper Payne (mastering engineer, full Octavia of Earth studio album) is a mastering engineer in Oakland, CA, where she works on albums for independent artists and major labels. Piper is the Owner and Chief Mastering Engineer of Neato Mastering. She recently finished her term as President of the SF Chapter of the Recording Academy and serves on the P&E Wing Advisory Council. She is also on the committee of the AES SF Chapter and is an active member of Women's Audio Mission. Piper has mastered a wide variety of music including nationally renowned artists Third Eye Blind, Madame Gandhi, Geographer, Elettrodomestico (Jane Wiedlin/Go-Go’s), Shamir, Between You & Me, David Messier, and Fritz Montana, as well as Bay Area favorites Kat Robichaud, ANML, Sioux City Kid, The She’s, Emily Afton, Abbot Kinney, Travis Hayes, Kendra McKinley, Van Goat, and Diana Gameros.

Skip The Needle (Artist, Octavia of Earth Vol 2) is an Oakland-based queer female quartet made up of musical superstars of the Bay Area; Vicki Randle (The Tonight Show, Mavis Staples), Shelley Doty (Shelley Doty X-Tet, Jambay), Kofy Brown (Kofy Brown Band, Sistas in the Pit) and Katie Cash (Katie Cash Band, Year of the Fist). Together, they make politically astute, rock n'roll-funk. Their songs are musically diverse and carry a strong, socially conscious message that begs the audience to party while hearing it. Formed in 2014, Skip The Needle has released two full-length albums and is thrilled to have contributed 6 original tracks for the Octavia of Earth, Volume 2 EP.

Singer-songwriter Melanie DeMore (performer, Margaret - studio album) has a remarkable voice, weaving the fibers of African American folk music with soulful ballads, spirituals and her own original music. DeMore beautifully brings her audience together through her music and commentary. In addition to her solo work, DeMore facilitates vocal workshops for professional and community-based choral groups and has taught her program called “Sound Awareness” in schools, prisons, and youth organizations in the US, Canada, Cuba and New Zealand. DeMore is also a founding member of the Grammy nominated, critically-acclaimed vocal ensemble ‘Linda Tillery and the Cultural Heritage Choir’, a group that tours extensively in the US and abroad.

Emily Teresa Phillips (performer – Margaret, Sept 2018 workshop) is a singer and actress recently relocated back to the Bay Area after many years abroad. A graduate of UCLA’s theater department, and Georgetown/Sotheby’s Institute, London, Emily is fluent in German, and has taught in the U.S., Europe, Turkey and South East Asia. A former set designer for theatre and opera, she most recently appeared as Cheryl in the independent short comedy,“INNER KID”. She has studied at the Old Vic in Bristol, England, and the Actor’s Workshop in Germany, with such luminaries as Giles Foreman, Siobhan Richardson and Michael Abts. Emily just joined the Board of the LEAP Foundation, where she is able to marry her passion for education and the arts. Emily is so excited to be in her first musical production after spending many years behind the scenes as a scenic designer. Ever since she was little, and saw her first movie, a musical by the way, she has known that life is best lived as if it were actually, a musical.

Vera Hannush (performer – Devil Girl from Mars, all 2018 workshop performances) has been in the performance/drag/dance world for 8ish years, known for holding awkwardly long eye contact and hitting the splits. Vera is a proud member of the Rebel Kings of Oakland. In addition to being a performer, Vera is Board President of the Pacific Center (LGBTQ Center in Berkeley), a hiphop dance instructor at the Berkeley YMCA, and longtime volunteer at the YEAH! Youth Homeless Shelter. Vera is delighted to join the cast of Octavia of Earth in the role of a lifetime: Devil Girl from Mars. She thanks her queer community and especially Anand Kalra, whom she met in the middle of rural Tennessee 9 years ago.

Edie Irons (performer – Valerie): Edie Irons is a Bay Area native who has been advocating for social and political change for most of her life, sometimes from on stage. She’s currently a member of Voices Lesbian A Cappella for Justice, which is celebrating its 30-year anniversary in 2018. She has also sung in progressive church choirs and occasionally performed in Kentucky Fried Woman’s queer cabaret. Edie is an avid reader of Octavia Butler and visionary fiction, and is honored to be a part of this groundbreaking production.

Terezia Orosz (performer - Valerie, 2019 album launch) is a singer, pianist, and composer based in Oakland, California. Tez performs a variety of styles, including jazz, pop, folk, indie, and R&B. She also works as a somatics practitioner, LCSW, and trains in martial arts. From 2014-2019, Terezia was a featured singer with The Singing Bois.

Zoe Donnellycolt (performer - Devil Girl from Mars, 2019 album launch) is a queer performance artist based in Oakland, California. Zoe’s artistic platform aims to expose that which has been negated by normative culture with sparkly & immersive installations. They have shown work at LevySalon, SAFEhouse for the Performing Arts, Klanghaus, and have performed with Melinda Ring, Sarah Berges, and Margit Galantar. She has been published by Two Plum Press, Unmother Magazine, and Oatmeal Magazine and featured in New Life Quarterly. Zoe also works with Beatrice Thomas aka Black Benatar. They were a 2018/2019 Emerging Arts Professional and received her BA from Bennington College in Vermont. Zoe was born in the woods of Connecticut and uses she/they pronouns.

Saloni Desai (Stage Manager) has had a passion for theatre before she had the courage to engage with it. Having previously stage-managed at Fordham University, Saloni is thrilled to be on board. She is grateful to have encountered such beautiful, talented souls and looks forward to further artistic endeavors as she continues to regrow roots in her home soil.